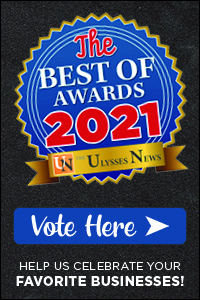 Father Lumley grew up in Long Island where he also graduated high school.  He served in the United States Navy during the Vietnam Conflict for four years aboard the USS Forrestal CV-59.  Father Lumley was an avid sailor of sailboats and taught sailing while in Virginia.  He continued his education at George Washington University in Washington D.C.   While living in Washington D.C. he served the community cooking at a Catholic facility for the indigent.  He was ordained into the Episcopal Church and became a priest in Newfoundland, Canada, on May 1, 1992, and August 5, 1991, as a Deacon.  He served in the Episcopal Diocese in Brooklyn, New York, Africa, Arizona, Fogo Island, Newfoundland, and Concordia, Kansas.  Father Lumley served as the Priest at St. John’s Episcopal Church in Ulysses for many years.  He enjoyed going to the Grant County Senior Center in Ulysses and visiting with everyone.

Father Lumley is preceded in death by his parents; and brother, Thomas D. Lumley.

Memorial service will be Wednesday, February 24, 2021, at 12:00 PM at St. John’s Episcopal Church in Ulysses, Kansas, with The Reverend Dr. Carolyn Ballinger officiating.  The service will also be live streamed on Garnand Funeral Home Facebook page.  In lieu of flowers, memorial contributions may be given to your favorite charity in care of Garnand Funeral Home, 405 W. Grant Ave., Ulysses, Kansas 67880. Condolences may be posted at www.garnandfuneralhomes.com.

By submitting a comment you grant Ulysses, KS News | Ulysses News Online a perpetual license to reproduce your words and name/web site in attribution. Inappropriate and irrelevant comments will be removed at an admin’s discretion. Your email is used for verification purposes only, it will never be shared.