Arredondo Gets Life For Death Of Child In 2019 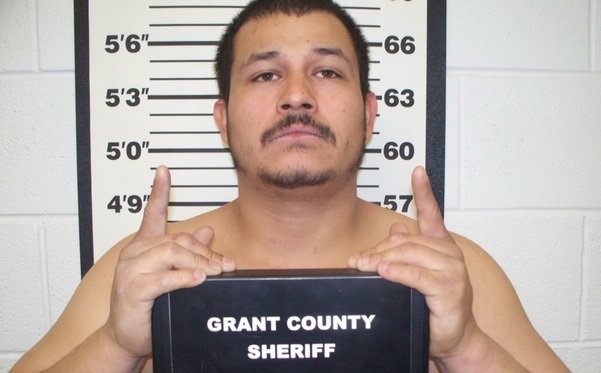 A Ulysses resident charged in the 2019 death of his then girlfriend’s child, was sentenced Wednesday, November 16, to life in prison.

Uraquio “Rocky” Agustin Arredondo, 29, was convicted in Grant County District Court after a bench trial before Judge Clinton Peterson in April 2022, of one count of first-degree felony murder and one count of child abuse.

He appeared again before Peterson for sentencing in Grant County District Court.

The year-long, joint investigation into the death of Carlos Valenzuela III, 3, was handled by officials of the Kansas Bureau of Investigation and the Ulysses Police Department.

Arredondo was arrested for the child’s death in February 2020.

According to court records, local law enforcement and EMS were called to a Ulysses residence in the 900 block of S. Cheyenne, after Valenzuela was reported as “unresponsive” February 26, 2019. He was first taken to the Bob Wilson Memorial Hospital in Ulysses, and ultimately transferred to a Denver, Colo., hospital, where he died the next day. Kansas Attorney General Derek Schmidt said Arredondo and Valenzuela’s mother had been involved in a “romantic” relationship and Valenzuela had been “physically abused” by Arredondo.

According to Schmidt, Arredondo will serve his sentence at the Kansas Department of Corrections facility without the possibility of parole for 25 years for the first degree murder conviction. He was also sentenced to 110 months in a KDOC facility for one count of child abuse. The sentences, said Schmidt, will be served consecutively (one after another), followed by a lifetime post-release supervision.