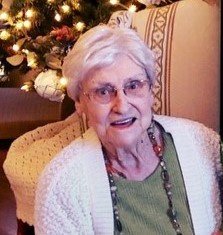 Berna Deane grew up in Ulysses, graduated from Ulysses High School in 1953 and attended First Baptist Church.  She was the first Nurse’s Aide at Bob Wilson Memorial Hospital and later worked as an X-Ray Technician and in the laboratory. She was a wonderful cook and enjoyed playing cards, reading, Genealogy, Bingo, Bunco and attending her grandkids and great grandkids events.

Burial followed at the Ulysses Cemetery.

Family requests memorials be given to the Grant County Alumni All School Reunion in care of Garnand Funeral Home, 405 W. Grant, Ulysses, Kansas 67880.