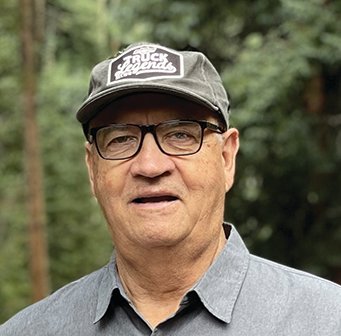 Bill grew up in the Yarbrough Community and graduated from Yarbough High School.  He married Vicki Day on July 24, 1971, in Elkhart.  Bill farmed with his dad until 1976 when he went to work for Anadarko Petroleum as a pumper and retired in 2012.  Bill was a member of the First United Methodist Church, UMC Men, and an active member of a twelve step program and helped a lot of people over the last 35 years. He enjoyed watching the grandkids ball games, going to the movies, riding his bike, watching movies in a theater, garden work, eating popcorn at the movies, traveling to visit his kids, and drinking a soda at the movies.  Bill was proud of his family and enjoyed sharing in their successes.

Funeral service was held Monday, July 25, 2022, at the Elkhart Cemetery.

Memorial contributions may be given to the United Methodist Church Fifth Quarter Fund or Valley Hope in care of Garnand Funeral Home, PO Box 854, Elkhart, KS  67950.  Condolences may be posted at www.garnandfuneralhomes.com.