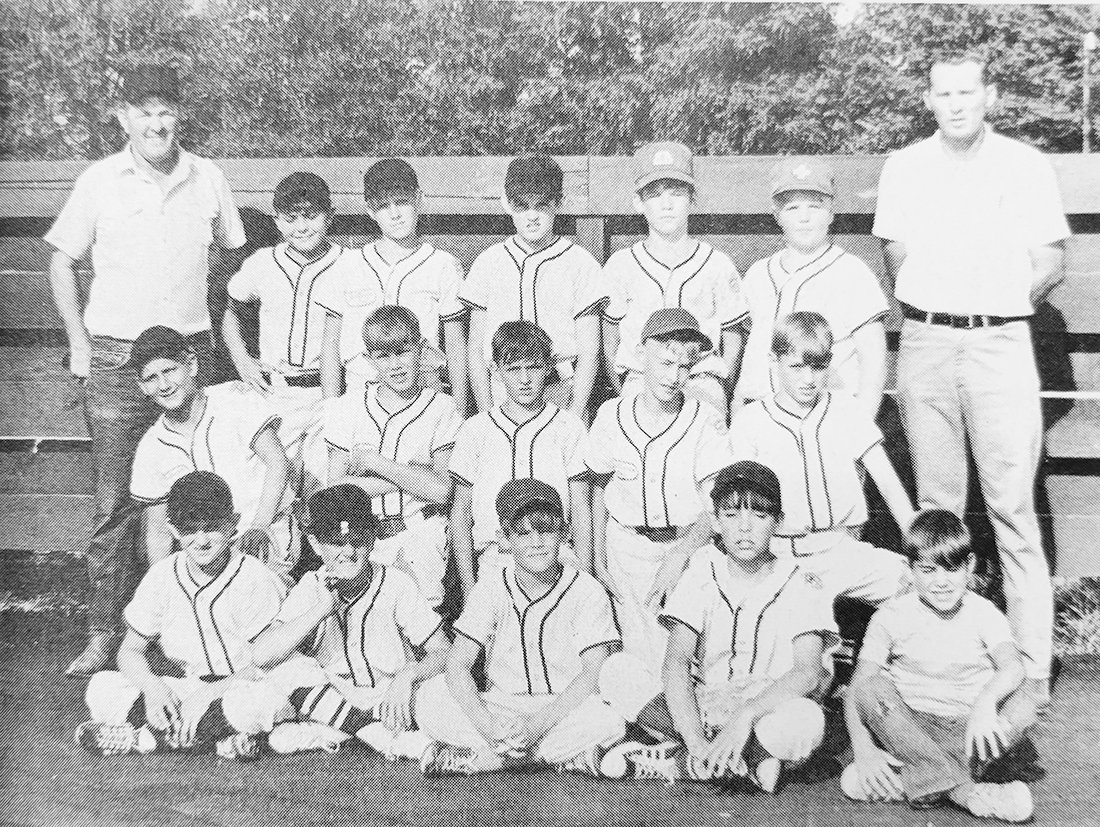 Tom Thompson and Jason Hickman were the first place winners of the horseshoe tournament held during the Grant County Fair. Second place winners were Trent and Brian Baker.

Grant County Recreation board accepted the proposed design by Fry and Associates for the skateboard park with the addition of a three-foot by eight-foot spine.

Rob, Katrina and Kirsten Benyshek announce the birth of their son and brother. Ryan Gene was born on July 26th and weighed six pounds-13 ounces and was 21 inches long. His grandparents are Robert and Barbara Benyshek of Pampa, Texas and Vernon and Greta Byaro of Amarillo.

The engagement of LaDonna Lutz to Leslie Gee, son of Mr. and Mrs. James Gee, is announced by her parents, Mr. and Mrs. Art Rich and Gail R. Lutz. The bride-elect is a senior at Ulysses High and her fiance graduated in 1970. A 1973 summer wedding is planned.

Two graduates from Grant county are among the 195 students who received degrees from Fort Hays State College this summer. The two are Elda Lou Johnson and Iyla Thompson, who will both receive their B.S. in education.

The Cubs pounded out a well-earned victory 15 to 13 over the Dodgers in Junior Softball league action. Kibler, Jack Garrison and Metcalf hit home runs for the Cubs and Larry Black pitched steady ball for the win. Bob Sweazy pitched for the Dodgers and Don Kreie got three timely hits.

Joe Jungferman underwent an emergency appendectomy Monday at a Garden City hospital. His condition is satisfactory. Mrs. Jungferman is there with him.

For the first time in a number of years or since the inception of the Grant County annual picnic, the association has decided not to hold one this year due to the depression. With the exception of one or two of the members, the feeling was that this year a picnic would not pay its way and under the present conditions, the members did not feel like taking the loss.

Mr. Wenholt of Hutchinson came out last Saturday to begin work on two elevators which he has the contract to build here. He was not able to begin for lack of sites to build on and for lack of materials.