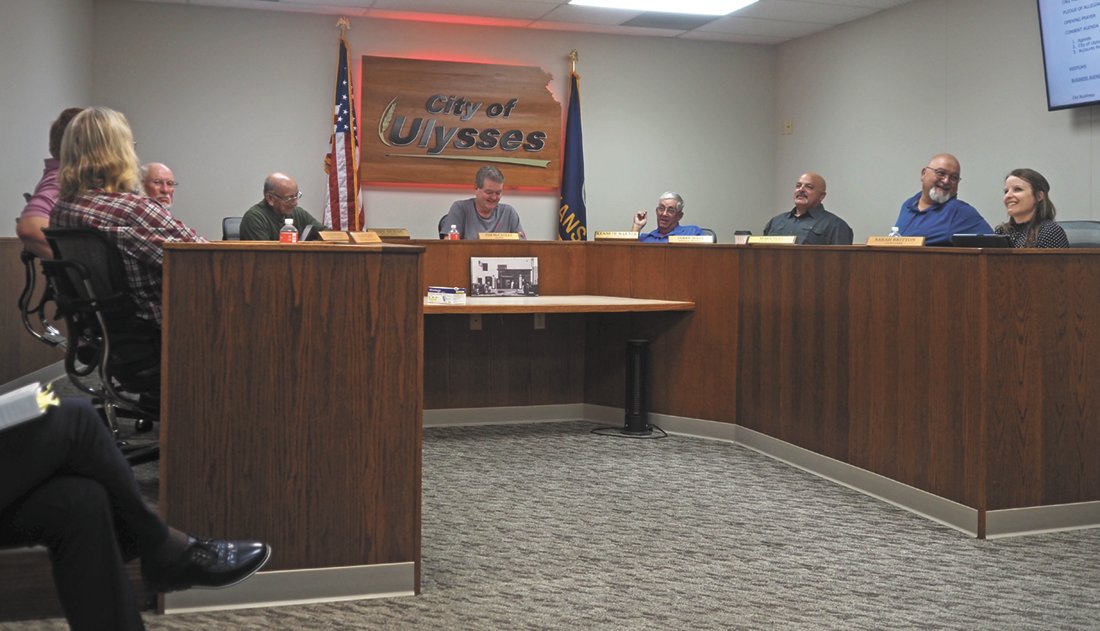 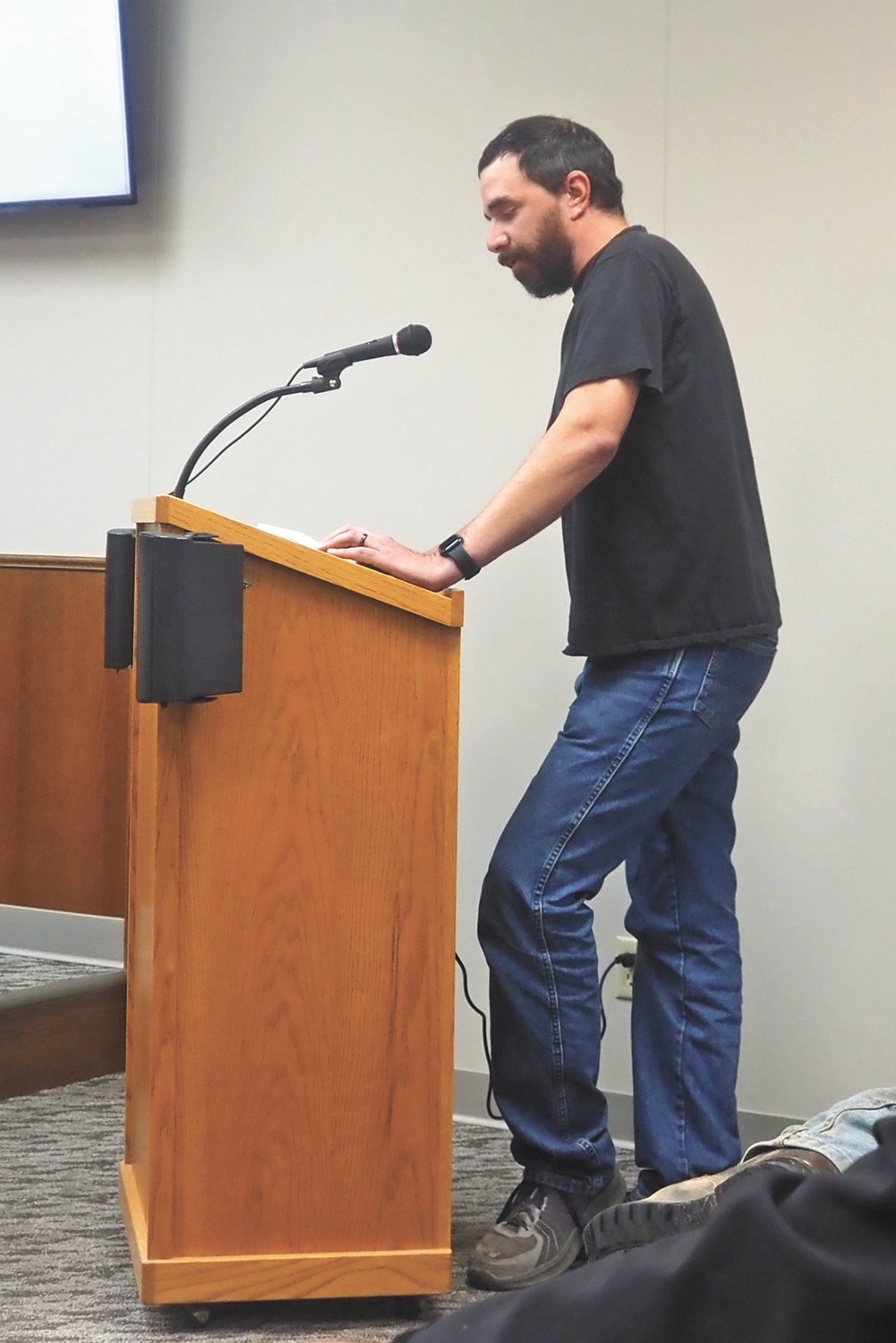 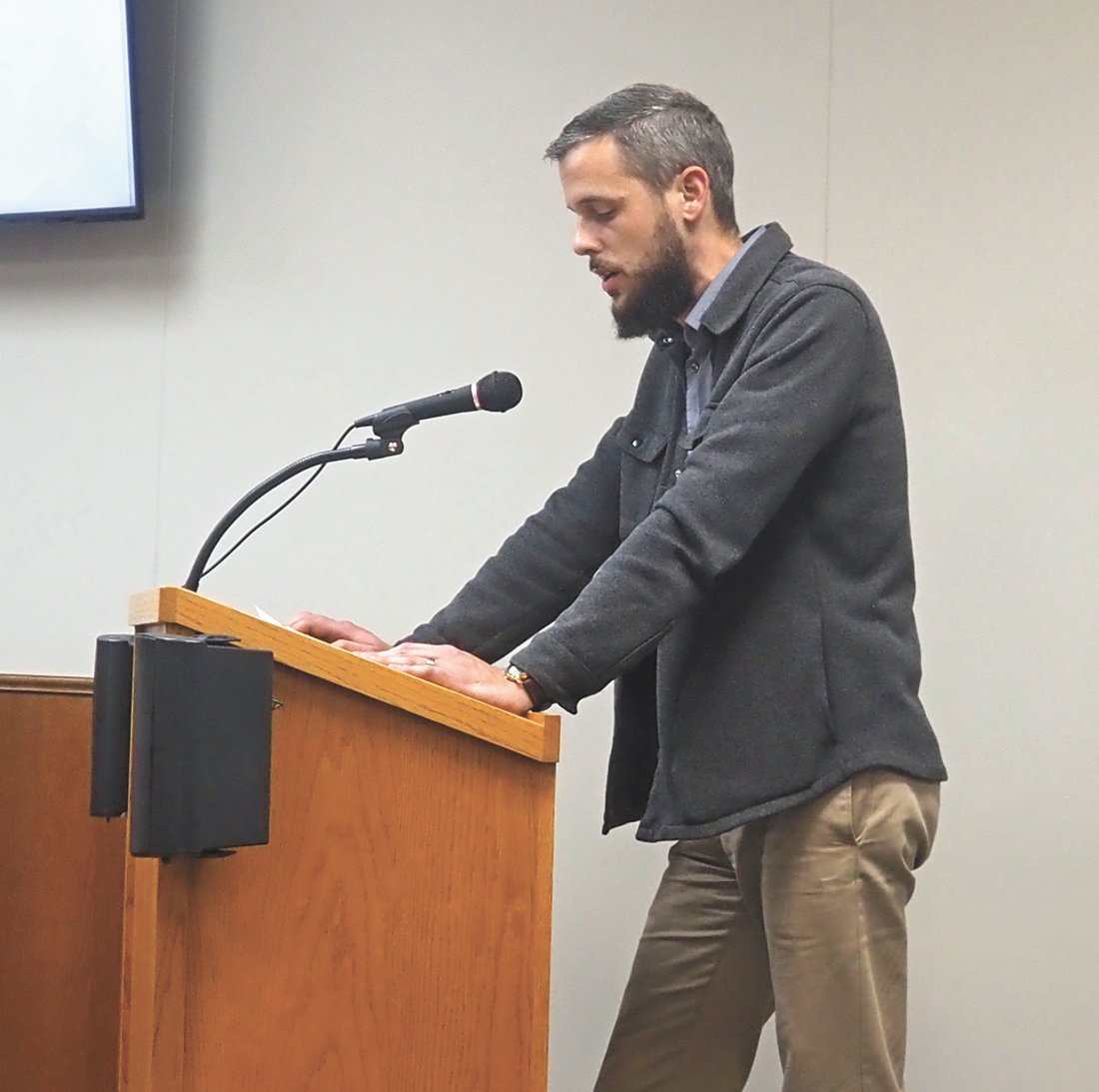 “To invite the sale of such a drug on Sundays would be disappointing in the least, and disastrous at worst. Spiritually, this is one of the worst decisions we can make for our community.” - Jose Linares, Pastor, Gospel Light Baptist Church 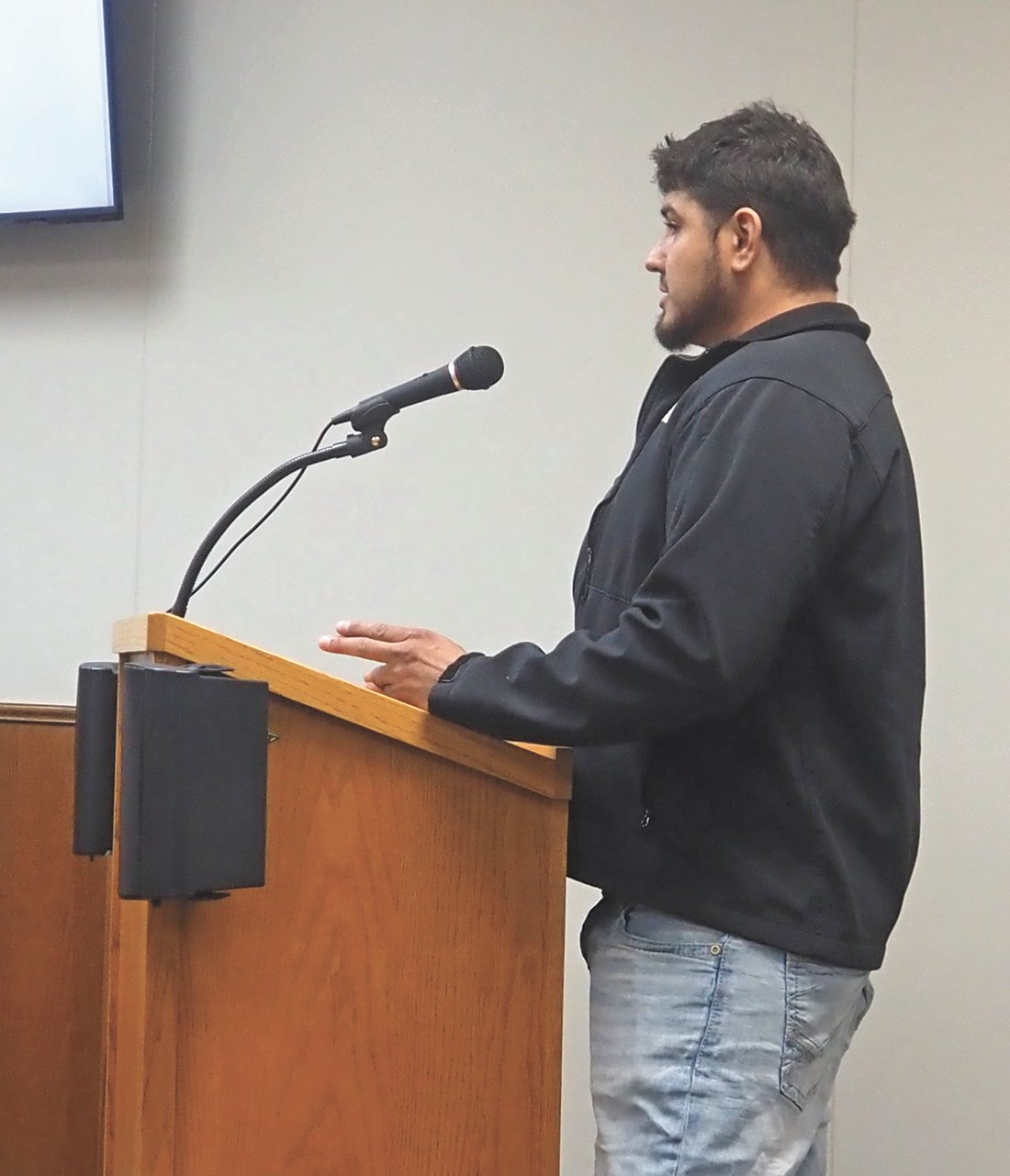 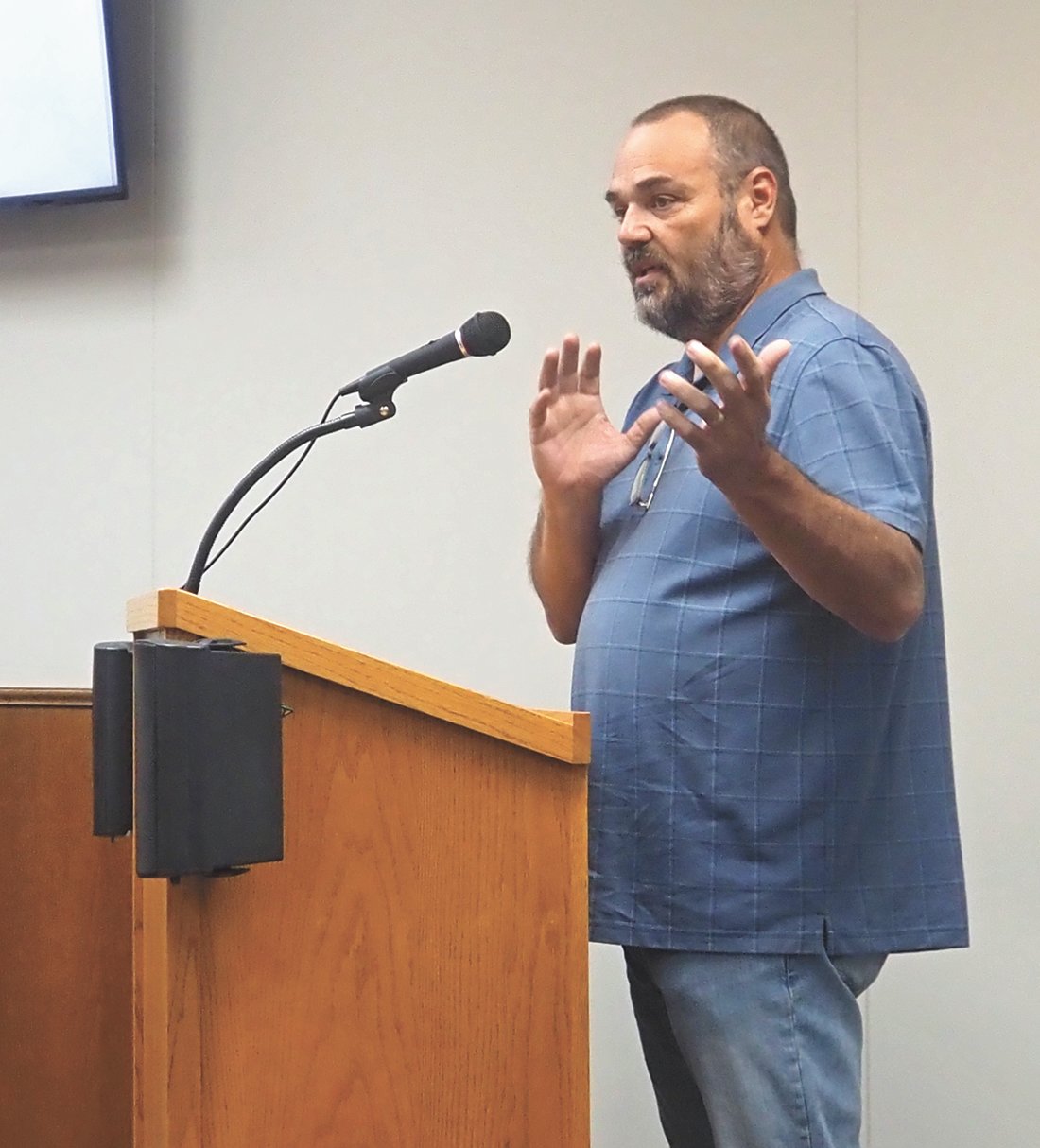 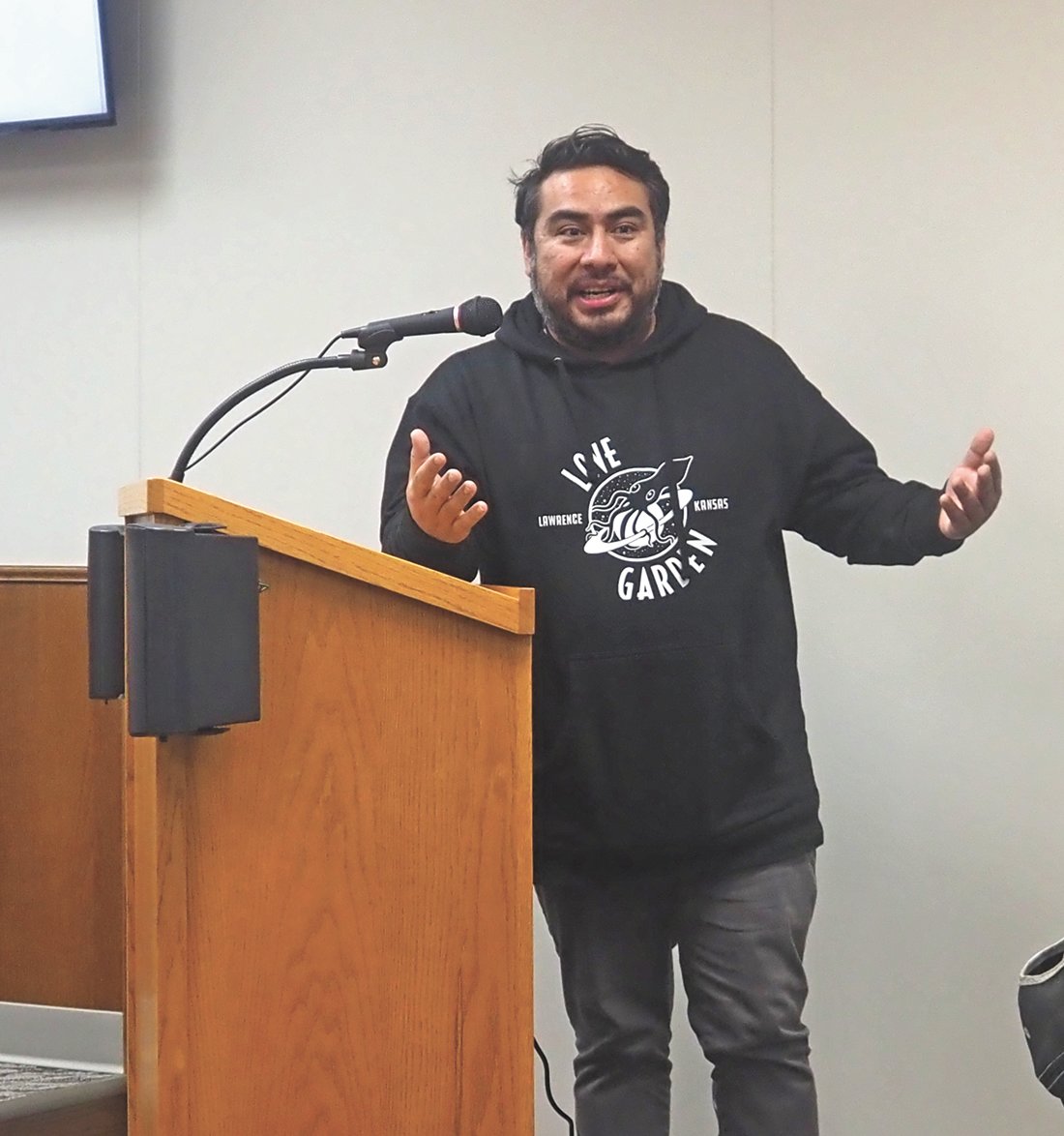 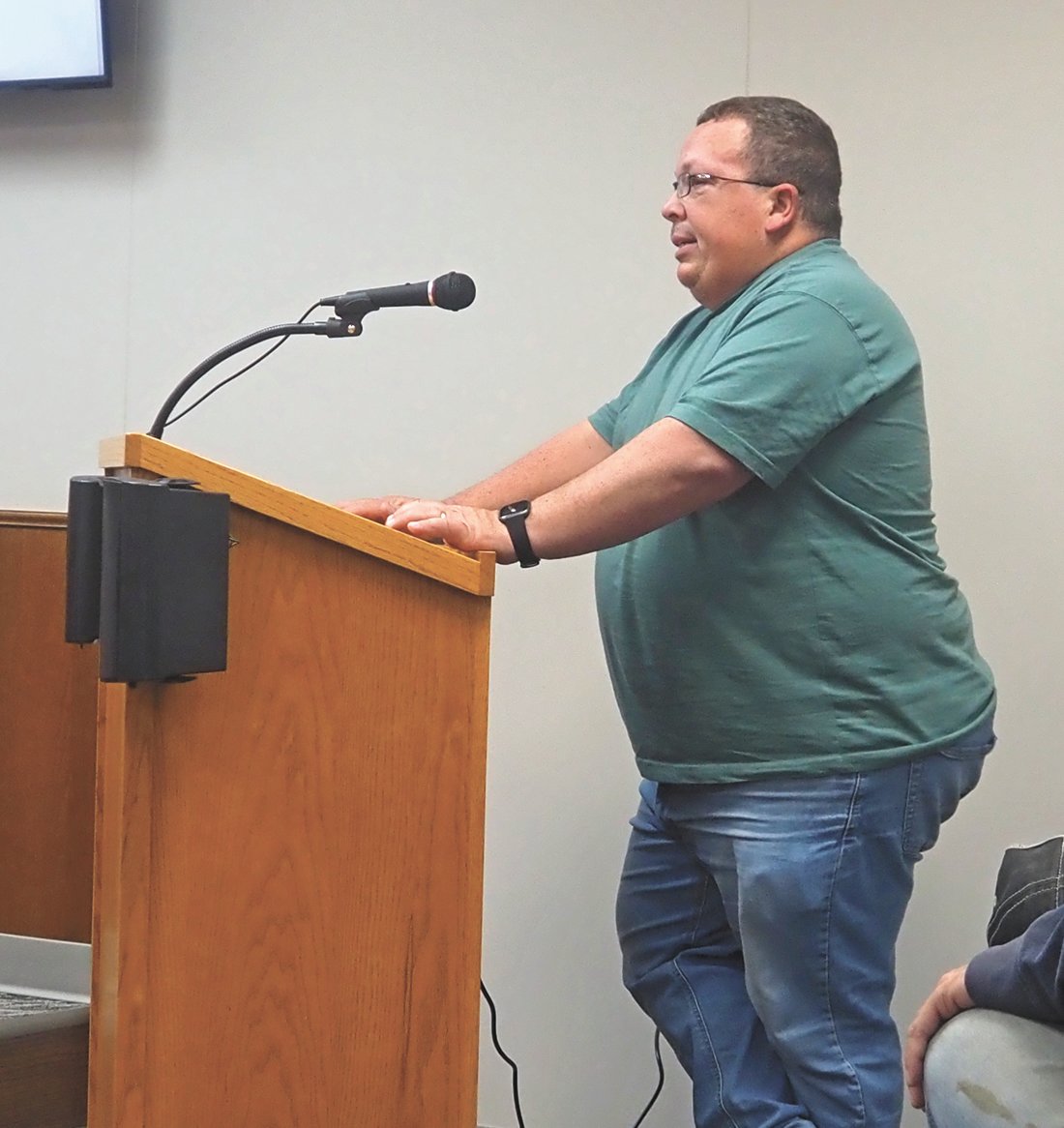 “My problem is we think this is going to open a floodgate of all kinds of chaos just for one day. I guarantee people are already drinking on Sundays.” - Daron Cowan,
Previous Next
Posted Sunday, November 20, 2022 6:00 am
Justin Hall

Mayor McCauley then cast his vote, breaking the tie in favor of the Ordinance. McCauley made a comment stating, "in his 13 years on the Council, this is the first time the mayor has had to make a decision" in a tie breaking vote situation.

Warner, who made the original motion to allow all alcohol sales on Sundays, specified sales would be from 11am to 8pm, and include the holidays of Memorial Day, Independence Day, and Labor Day.

Prior to their vote, McCauley had opened the floor for visitors to express their opinions.

Shawn Rider was one of those who stepped forward to speak in favor.

“I don’t feel the City should be able to dictate personally owned businesses on how they should run their own businesses.” Rider said, “Whether we like it or not, change is inevitable.”

Rider said allowing Sunday alcohol sales will make Ulysses more attractive to incoming businesses and restaurants who would like the opportunity to make the decisions to sell alcohol, which would allow the community the choice on supporting these businesses or not.

Rider said owners of the bowling alley will do their best to see that their patrons are responsible in their drinking.

He said personal accountability should be reinforced.

José Linares, Pastor of Gospel Light Baptist Church, spoke in opposition of the ordinance. He told the Council he is glad Ulysses is a place where he can raise his children around the same values he holds. Comparing Ulysses to the east coast, Linares said this community has "traditional values". He added that  allowing Sunday alcohol sales goes against the core values of: God, Family, and Country. Linares stated he does not believe the ordinance was made with bad intentions, but he believes bad intentions will come if it passes.

“Alcohol is a drug.” Linares said, “Our communities have suffered numerous losses due to drunk drivers, abusive spouses and parents, and crimes committed by those who were not in a sober, proper frame of mind.”

Linares added the community will bear the consequences of the loss of life and property as well as the impaired individual.

“To invite the sale of such a drug on Sundays would be disappointing in the least, and disastrous at worst.” Linares said, “Spiritually, this is one of the worst decisions we can make for our community.”

Linares quoted Proverbs 20:1, “Wine is a deceiver and a mocker.” He said Sundays should remain a day for God and family, and should not be sold for “a few ‘beer-soaked’ dollars.” Linares concluded by asking the Council if they wanted more money now, or more responsible citizens in the future.

Desiree Yost-Rider, who spoke in support of the ordinance, implored the Council to “not allow personal accountability to be put away over religious ideals.”

Yost-Rider said she respects concern for allowing Sunday alcohol sales. Yost-Rider stated Ulysses needs to become more appealing to businesses coming in, whose decision could possibly be based on whether they can sell alcohol during a Sunday football game.

Yost-Rider said the ordinance needed to be looked at economically.

“Are we going to be somewhere where someone wants to go?” Rider asked.

Armando De La Pena also spoke in favor of the ordinance. De La Pena, owner of the Palatederia Ice Cream Shop, told the Council he has been working on creating a bar on Main Street. He pointed out Sundays are his busiest days, and it would be nice to have an “American food” business in town as another choice for families.

De La Pena said he had heard people say crime rates would go up on Sundays.

“Why doesn’t it go up throughout the rest of the week?” he asked.

De La Pena said it is not just his business he is considering, but Kingpins’ and the golf course as well. He said many people go out of town to eat at restaurants.

“How many of those people drive home drunk?” De La Pena asked, adding a taxi service could be brought in to help impaired individuals if needed.

Jon Becker, Pastor of Celebration Baptist Church said he was not at the meeting as a pastor, but asked, “Why do we always equate drinking with making business?”

Becker, who said many events publicize having a beer garden, asked why the event/business/establishment itself isn't the reason people go there.

“Why is alcohol tied to fun?” Becker asked.

He wondered how alcohol would resonate with not only adults, but the youth in the community.

“We can make Ulysses a great community, and it IS, without alcohol.” Becker said.

Another speaker, Trevor Grime, said everyone weighs the risks versus the rewards when it comes to alcohol. He asked who the gatekeeper of the business is going to be, if the owners are drinking as well.

City Attorney Lynn Koehn interjected that individuals serving alcohol cannot be drinking while they are serving.

Grimes went on to express his care for the community and children who are impacted by alcohol. He said he wants to "keep family and biblical values in the community".

“I have not suffered by not having alcohol in my life,” Grimes stated, “If anything, I’ve benefited by it.”

Grimes said people are purchasing alcohol throughout the week, and children should have one day without having their parents drinking in restaurants.

“I want our community to grow,” Grimes said, “I don’t know if adding more alcohol is going to help.”

Ron Downs spoke on behalf of Country View Baptist Church, which he said is united in opposition to this ordinance.

Bene Garcia, another co-owner of Kingpin’s, and the one who initially presented the request to the council, started by showing his appreciation for people participating in local politics.

Garcia said he did not mean to make a conflict of morality, stating there are 53 Sundays in 2023, meaning there would be an extra 53 days of alcohol revenue sales. Garcia said if this ordinance passes and somebody does not want to come to Kingpins’ to drink, “Don’t.”

“My problem is we think this is going to open a floodgate of all kinds of chaos just for one day.” Cowan stated, “I guarantee people are already drinking on Sundays.”

Cowan said the alcohol revenue will not raise enough money to build a new courthouse, and the ordinance is not going to cause people to burn the courthouse down.

Kris Gibbons told the Council about his plans to open a bar on Main Street with De La Pena.

Gibbons agreed with Garcia about 53 extra Sundays of revenue, and stated he did not believe this extra day would make the crime rate go up. Gibbons said his goal is to create a place where people can watch football games, UFC fights, pay-per-view matches, and have a good time.

“If they cannot limit themselves, we will do everything we can to limit them,” he said, adding a new restaurant may help bring more people to Main Street. Gibbons implored the Council to give this ordinance an opportunity.

David Kinkelaar, owner of DK Liquor, was neutral on the ordinance. Kinkelaar pointed out beer is different than hard alcohol, and each business can sell different types of alcohol.

McCauley closed the floor to visitors and opened discussion up to staff and council members.

McCauley said Casey’s General Store would want to sell beer on Sundays, but DK Liquor would only want to sell beer, instead of hard alcohol. Koehn noted Kinkelaar is subject to state regulation as well as his own business practices.

νOption One - Approve the sale of beer consumption on site.

νOption Two - Consumption on site, as well as retail alcohol.

Koehn said these three options are valid, although the City could prohibit alcohol sales on Labor Day, Independence Day, and Memorial Day.

City Administrator Alan Olson gave a list of local businesses he contacted regarding the ordinance:

νDK Liquor did not feel Sunday sales were needed.

νAlejandros is closed on Sundays and would not open if sales were approved.

νJJ Oil is closed on Sundays and would not open if sales were approved.

νCasey’s would participate in Sunday beer sales for off premise consumption.

νPizza Hut would participate in Sunday beer sales for off premise consumption.

McCauley asked which of the three options the Council would like to vote on. Woods suggested option three would be best, allowing more freedom for businesses. Warner interjected that it would be easier to enforce with more freedom for businesses, suggesting a sales time of 11am to 8pm. McCauley also agree with option three as the best choice for the ordinance, favoring it for "freedom of choice".

Diaz spoke about the citizens of Ulysses voting against this ordinance in the past, stating although times have changed, he does not see this bringing more people to town, but possibly bringing in a new restaurant or two.

Guy said he would feel more comfortable if the decision went to a General Election, asking Koehn how many people would need to petition for it to go to a vote. Koehn said five percent of the Ulysses population who voted in the 2020 Presidential Election would be needed.

Duran agreed with Diaz, saying he sees some businesses in town becoming successful on Sundays without advertising alcohol sales.

Duran did a survey on as many Churches in town as he could, expressing his surprise that two Churches had no problem with Sunday sales; a few were neutral, and the rest were opposed, stating "family values are still in Ulysses".

Maas said he is glad there has been so much interest in the ordinance, adding this is how the system works. He looked at this ordinance with his background in law enforcement, having dealt with alcohol-related issues as an officer. Maas said tax revenue was not the goal for the ordinance, but said people have "their own choices with the substances they use, and how much they use them". Maas said he has just as much responsibility to every religion and point of view to make his own decision, stating his favor of the ordinance, including the limit of the selling hours.

Woods said the Council was elected to make tough decisions, and people have the right to petition their decision. Woods compared the Council’s decision to give early raises to their staff to giving this extra revenue opportunity to local businesses in tough times.

Warner said he does not foresee drastic changes happening in the community.

“I don’t see the owners of these businesses allowing customers to get out of control, because that is going to hurt their business.” he said.

νConsent agenda was accepted and approved.

ν15 minute executive session for preliminary discussion on acquisition of real property, including Olson and Koehn.

No action was taken in the executive session.

The next regular meeting of City Council is scheduled for 5 p.m., Monday, November 21, at City Hall.