Delivery of New Ambulance Moved Up 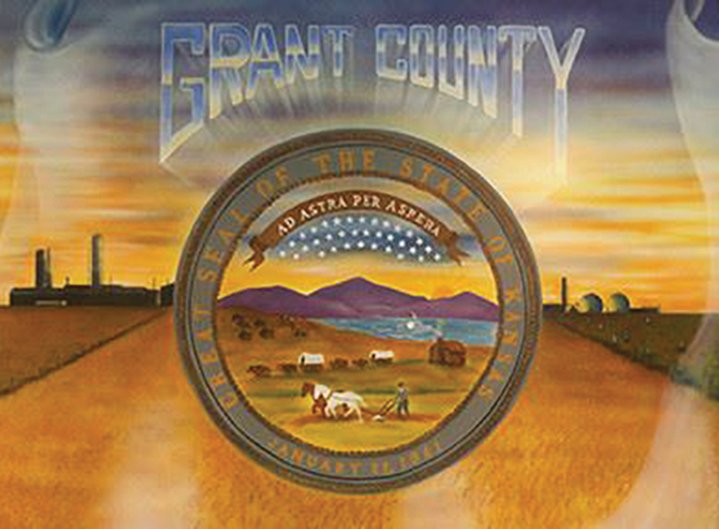 The Grant County Commissioners met on Monday, July 18, 2022 in the basement of the courthouse. The meeting began at 9:00 a.m.  Chairman Mark McGaughey led the Pledge of Allegiance and Tammie Hensley offered the prayer. Also in attendance were Commissioner Kevin Shapland and County Clerk Sheila Brown. Commissioner Janet Stewart was absent.

Randy McCauley, Public Works Supervisor, presented the annual Terracon contract for groundwater monitoring and reporting for the approval and signatures of the commissioners.

Senior Center Director Ludi Gonzales was next and had requested an executive session to discuss non-elected personnel. Following the session, Shapland moved to give Gonzales the raise discussed; McGaughey seconded and the motion carried.

County Treasurer Terri Trotman reported that the first payment had been received from the Opioid settlement in the amount of $1,300. She asked the commission to authorize direct deposit for the remaining payments. Chairman McGaughey signed the authorization.

EMS Director/EM Coordinator Jeff Baier came in to update the commissioners on the ambulance which is on order. The delivery date has been moved up to November 2022. If the ambulance is received before the first of the year, the funds of $60,000 to $70,000 allocated to prepare the ambulance for use will not be available. After discussion, it was decided to use equipment funds, if necessary. Baier also told the commissioners that he was trying to hire an Advanced Medical Technician (AMT).

Next, the commissioners discussed the air conditioning issues at the library. Holly Mathes, Director, had issued bids from two businesses but they were not for the same project. She will be contacted to request bids for the same work from both companies.

Shapland moved to adopt Resolution 22-04 which is a resolution “to exceed the Revenue Neutral Rate (RNR) and hold a hearing on September 6, 2022 at 10:00 a.m. in the Commissioner’s Room of the courthouse with the budget hearing following immediately after.”

In other business, the minutes from the July 5, 2022 meeting and the claims against the county were approved and the commissioners agreed to the changes discussed regarding random drug testing.

Casey Finlay of Frazee Abstract was next and had the documents to close the sale of Kearny County property to Darin Smith of Quality Hay. Grant County Attorney Kelly Premer-Chavez was also on hand for the closing.

Clerk of the District Court Reed Borchetta had questions for the commissioners regarding their request for a list of attorney’s fees. After a discussion, an agreement was made as to what kind of report the commissioners needed and would receive from Borchetta.

Along the same topic, commissioners discussed the county rate for attorneys with Premer-Chavez. She told them that the Grant County rate was $75 per hour.

The meeting was adjourned at 11:35 a.m. The next meeting of the Grant County Commissioners will be Wednesday, August 3, 2022 at 9:00 AM in the courthouse.