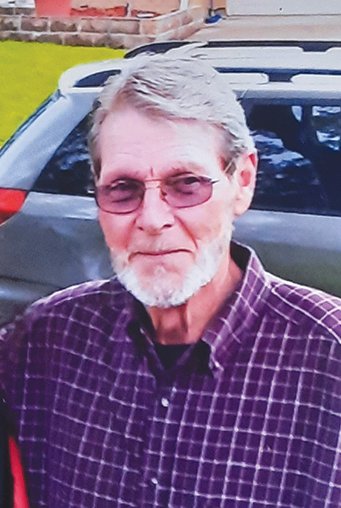 Frank was born to Dwight and Julia Hoopingarner on March 8th, 1944, in Elkhart, KS.  Frank attended all 12 school years with the Manter school district.  Frank spent a year at K-State in Manhattan, KS, where he met Barbara Kennedy.  Frank served in the U.S. Army and was stationed in Germany as a military policeman.

On his return from Germany, he and Barbara were married in Las Vegas, NV on June 10, 1967.  Frank and Barbara had two daughters, Kristen and Kerri.

Frank and Barbara were divorced in 1986.  Frank married Tina Hargrove in 1986.  They had two sons, Le and Chace.

Frank served many roles in Stanton County.  He served on the hospital board, as county commissioner, as Grand Master of Johnson Masonic Lodge, as a Shriner, EMT, and Sheriff’s posse.  He also enjoyed car racing, horse racing, and hunting.  Frank was an avid bow hunter and was a member of the Pope & Young club. He also enjoyed a good game of cards.

Frank requested no service take place and later will be laid to rest in a Military cemetery.

Arrangements are in care of Garnand Funeral Home, PO Box 715, Johnson, KS  67855.  Condolences may be posted at www.garnandfuneralhomes.com.