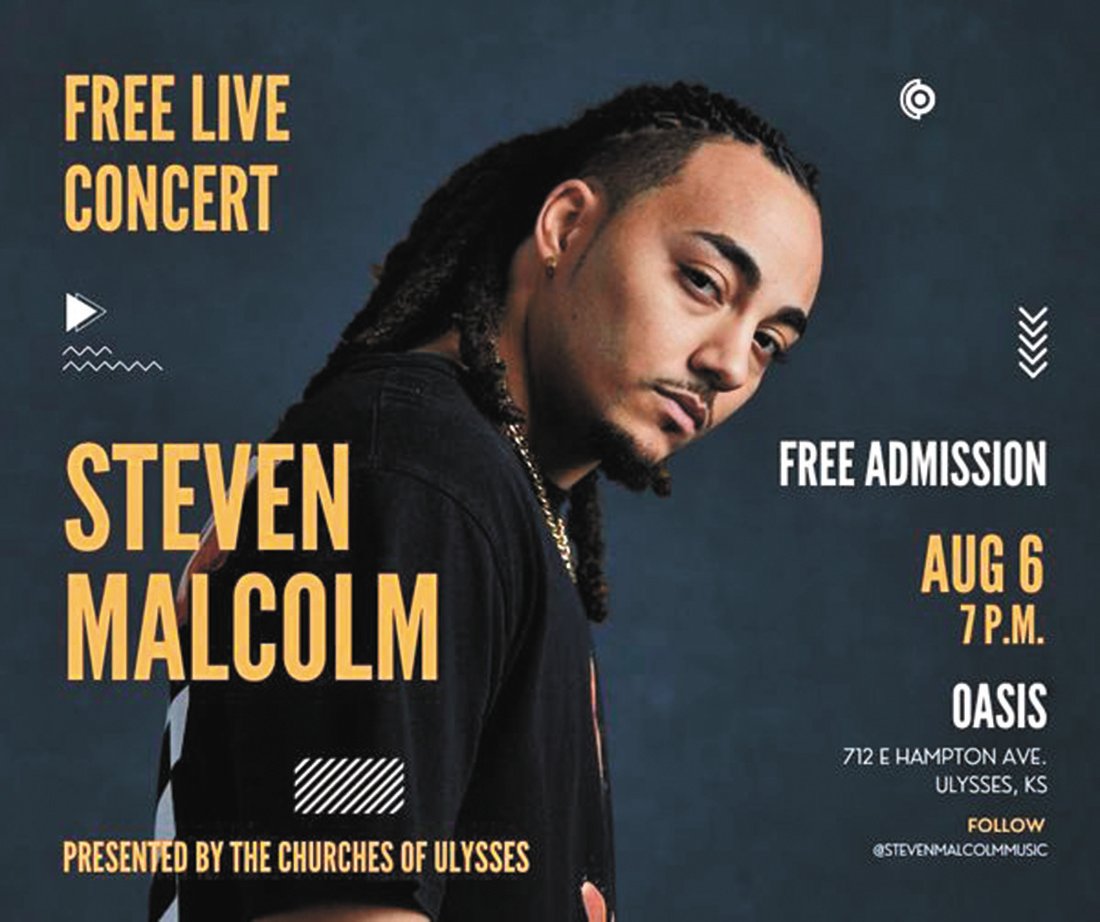 Malcolm’s music has been streamed over 35 million times, and has been used by the NBA, VH1’s “Black Ink Crew”, and has been featured on Spotify’s New Music Friday.

In 2013, Malcolm released his mixtape, “Real Hip Hop.” Since then, Malcolm has released two full length albums, and was named to Razpilla’s Freshman of 2016 list. In 2017, Malcolm’s release, “Party in the Hills,” peaking at 20 on the Billboard US Christian Hot AC/CHR charts.

In May of this year, Malcom released the California-kissed anthem, “Summertime,” featuring a surprise appearance from Snoop Dogg.

The free live Steven Malcolm concert starts at 7:00pm at Oasis Church, located at 712 E. Hampton Ave. This free concert is presented by the Churches of Ulysses.