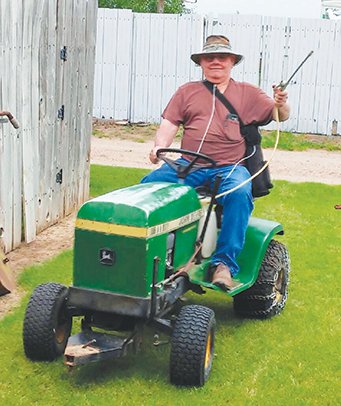 Jim spent most of his adult life in Ulysses. He enlisted in the U.S. Army in 1969 and served in the Vietnam War. Jim married Peggy A. Cowan on December 29, 1982. He owned and operated Jim Spencer Trucking for 20 years retiring in 2000. He again retired in 2016 from the City of Ulysses street department. Jim was a member of Northfork Tailgunners #502 for many years. He volunteered his time helping with the kids fishing derby, putting up guzzlers, planting CRP fields for the bird habitats, and every year at the Pheasants Forever banquet. Jim collected John Deere tractors and enjoyed his Friday night gatherings in the shop with friends and family.

Per Jim’s request, cremation has taken place and a Celebration of Life will be held at a later date. Memorial contributions may be given to the Northfork Tailgunners #502 in care of Garnand Funeral Home, 405 W. Grant Ave., Ulysses, KS 67880. Condolences may be posted at www.garnandfuneralhomes.com.