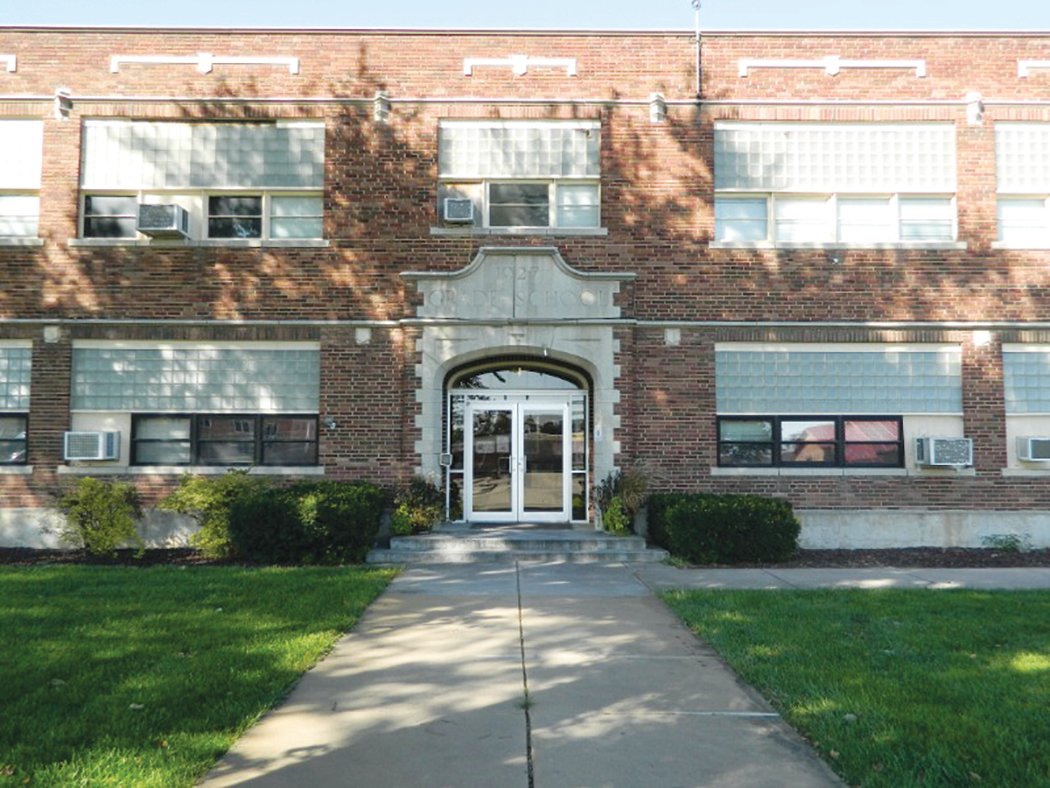 The USD 214 School Board met on Monday, October 10, 2022, with all members except Clay Scott in attendance. Vice President Ron Smith led the meeting.

The agenda was moved and approved by all board members.

No correspondence was discussed at this meeting.

The motion to approve the Consent Agenda for the minutes of the School Board RNR, Budget, and Regular meetings on September 12, 2022, as well as the approval of the Bills Warrants, and the High Plains Educational Cooperative minutes were moved and approved.

In Reports, Justin Coffey invited UHS Teacher Misty Becker to explain her Kansas Teacher of the Year nominee experience. Becker was nominated in March of 2020, and her experience was delayed until September 2021. Becker gave an overview on her visit at a conference in Wichita, sharing the importance in counteracting the negative publicity by communicating with the public. Becker said she was paired with a team of 8 teachers, and they scheduled visits to each school district. The school districts this team visited were Ulysses, Great Bend, Goodland, Stockton, Ellinwood, Buhler, Liberal, and Clay Center. Becker told the Board she was thankful to see other school district’s experiences, and show other school districts the experience at USD 214.

Becker also asked the Board for permission for the UHS Interact team to take an overnight trip to Denver on November 29th and 30th, to volunteer at the Operation Christmas Child processing center. Becker said Interact has funds to pay for the hotel rooms and meals, and asked if the District would provide a vehicle, fuel, and permission to travel out of state.

The motion was moved and passed to approve the Interact trip to Denver.

Kevin Warner, Director of Student Learning, talked about the 10th grade’s math state assessments from last year, showing scores from previous years until current day, showing where students are excelling at, and where improvement needs to be made compared to the State averages.

Warner also thanked the board for his experience with Leadership For Tomorrow, explaining he had a similar experience to Becker by visiting other school districts. Warner said he will graduate from this program in November.

Superintendent Corey Burton started his report by sharing staff numbers. Burton said for the 2022/2023 school year, the total staff is down by nine; two teacher positions, two nurse positions, and down a number of para positions. Burton said student attending population is down by about 25.

Burton said the wood/welding shop needed repair, and he is getting bids for this project. Burton said the fan systems and sinks are not working properly in the shop.

Burton also said a major scholarship from Voncille Bollinger is coming to Ulysses High School Students who are going to school for Education. Burton said more details about this will be revealed at a later time.

Burton said he has been working on PowerSchool data, and is looking at bringing in a professional to help clean up the data. Warner said this change would help regulate organizing data, finding errors, and other known issues. Warner explained this situation as a “choose your own adventure book,” where investigating one issue could lead to a trail of multiple un-fixed problems.

The Board moved on to discuss ESSER funds, with Burton showing the 16 authorized uses for the funds. Burton said USD 214 received $2.4 Million, and explained that 20% of the funds would need to be spend on evidence based practices towards helping students improve in learning loss from the COVID-19 pandemic. Burton said a survey was held between all 6th grade and 12th grade students, with 63.2% of students responding. Burton said the responses were more spread out, with the top response from students being the want for more extra curricular activities. Burton said facility upgrades, after school tutoring programs, and providing additional technology to use being other top priorities for students. Burton said 105 family members of students took the survey, and the top priority of this group was additional personnel and staff support for academic interventions. Burton said the second highest priority for family members was the need for social and emotional learning and mental health services. Burton said 104 staff members responded, with their top priorities being additional personnel and staff support, facility upgrades, and additional behavioral support and interventions. Burton said 679 total surveys were returned.

The Board moved on to discuss the Sportsmanship/Chain of Command Policy. Burton said it has been getting harder to find coaches for sports teams. Burton introduced a policy to protect coaches from potential harassment. Burton said the sportsmanship policy should be used to promote a healthy environment. Burton said with this policy, a concern may be brought to a coach first from a student athlete, then a coach/parent meeting, possibly with a student attending, and then finally an administration with the parent if an issue has not been resolved. Burton said violators of this policy, whether they are students or not, may be suspended from sports activities at the school district.

The motion was moved and passed to approve the USD 214 District Activities Policy.

Burton said a Facility Use Guidelines/Permit rough draft has been made. Burton said this guideline is not made to punish or fine individuals for using the school facilities, but to have a fee to pay salaries for custodians to come in after hours to clean up afterwards.

No action was made on this topic.

The Board moved on to the Memorandum Of Understanding for a Community Health Worker. Ruby Romero, a nurse at USD 214, introduced the idea for a Community Health Worker at the School District. Romero said this health worker would be available for each school building as a resource person to help address underserved families, addressing absences, or other issues that occur in the district. Burton said this position would be filled by Genesis Health Clinic in Ulysses, and the district would need to provide an office for the worker. Romero said this would be a two year contract for the worker.

The motion was moved and passed to sign the Memorandum of Understanding.

For Old Business: Burton updated the board on the student fees invoices. Burton said these invoices were mailed, or they will be given out at parent-teacher conferences.

The board moved on to the FFA Farm Lease. Burton explained the original 10 year lease was signed in 1998, saying, “I think we’re past that lease.” Burton said the current lease is in the hands of the co-op’s and the school’s legal teams, and they will meet soon to make an official contract. Daron Cowan explained some enhancements to the FFA farm, stating no upgrades have been made since 1998. Megan Rice said the estimates for these fixes are rough, but official estimates should be made soon. Cowan and Rice said more animal security, larger rooms, and barn repairs and expansions will be made. Cowan said some funds have been raised for this project, including donations and volunteer work from other businesses.

A motion was moved and passed to accept these donations.

A motion was moved and passed to go into executive session to discuss the Superintendent’s evaluation and personnel matters of non-elected personnel.

After an executive session, the Board accepted the resignation of Silva Franco (HCK Early Childhood Para).

No other action was taken.