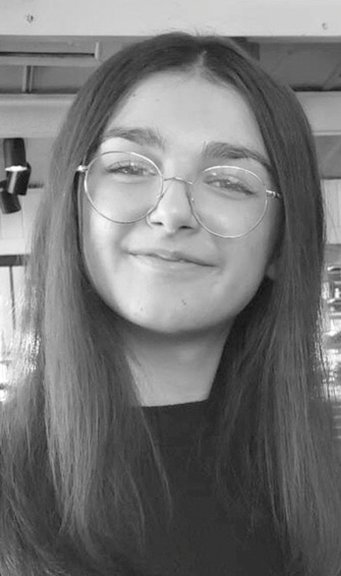 CLOSE ENCOUNTERS OF THE THIRD...TERMINAL

As the American actress Mary Tyler Moore once quoted, “You cannot be brave if you only had wonderful things happen to you.”

I kept repeating that to myself while walking away, trying to convince myself that everything that happened in that moment was just a lucid dream, deeply hoping that my path and that woman’s one would not meet ever again.

It all started the day I took off to come to the United States to start my year abroad as an exchange student. It was 2 in the morning on a hot, dry summer night, and my father was driving to the Malpensa airport; my family was clearly nervous: my dad was tapping rhythmically on the steering wheel, while my mom was oddly silent.

We arrived about 4 hours early, and we all sat, waiting for my assistant to arrive, and give me all the information I needed to know to arrive safely.

After checking in, and hearing all the recommendations from my parents, I had to say goodbye to my family. After walking to my gate, I got on the plane and started contemplating my life choices. “Did I do the right thing? Will I be able to understand people there? Will they understand me?” These questions were running through my mind non-stop, like a tornado blowing away all my certainties.

After two hours, I finally arrived in London, where I would have had to stay for a 3 hours layover. My head was still a mess, but as soon as I got off the plane, I realized I had to put myself together, and handle the situation as a responsible adult.

After checking if I had all my belongings, I decided to walk around the airport, just to waste some time. I was so excited, proud of myself, and my choices; however, I got very tired, and hungry, so I started looking for a place to have breakfast, given the fact that I didn’t eat anything since my awakening.

I arrived in front of Starbucks with just one thing in mind: a chocolate croissant, and a hot cappuccino. However, an obstacle stepped right in front of me, and that was the beginning of my downfall. A middle-aged woman was standing near the cashier, but she wasn’t ordering anything, so I was unsure if she was in line, or just waiting for her order to arrive; therefore, after 5 minutes of waiting, I gathered all my courage, and asked her, “Excuse me ma’am, are you in line?”

She looked at me with a quizzical expression, like I was an alien; she proceeded to stare at me in silence with the same expression on her face for about 5 minutes, then, she decided it was time to answer me. “Excusez-moi, pouvez vous parler francais?” She was asking me if I could speak French, which caught me off guard. I was very nervous, but I didn’t falter, after all, I’ve been studying French since 9th grade. But in that exact moment, my mind went black, my brain stopped working, and everything I’ve ever learned about French before that moment suddenly disappeared.

I stared at her for 5 minutes, just as she did with me before, and I started panicking; all of a sudden, my brain started working again, and I was ready to show off my language and survival skills, so I asked her; “Vous êtes après moi?”

Silence. The woman was staring at me again in silence, but this time, her eyes showed irritation mixed with confusion. My mind started racing at the speed of light, analyzing what I just said, looking for anything bad I could have said, everything while this French woman was looking at me with a disappointed look. We stayed like that for about 10 minutes in front of the cashier, feeling like two cowboys in a western movie, ready to pull out a gun, and shoot each other.

My mind worked faster than hers, so I repeated the question, but she stood there in silence again; I was confused, hurt, and I was thinking how disappointed my French teacher would be if she ever found out that I couldn’t even ask such a simple question. After 15 minutes passed without uttering a word, the lady finally spoke, “The new generations are so impolite; back in the day, if someone wanted to ask another person if they were in line, they would ask them if they were before them, not after them.”

The world fell right in front of my eyes. This woman had the audacity to make me feel like a complete fool, making me doubt my whole existence. My only fault was to confuse two very similar adverbs, but the French traveler made me feel like a rude, mediocre, typical teenager. At that moment, my only desire was to redeem myself, so I tried to apologize, but my mind was still in a state of shock, so I unintentionally spoke in Italian.

The lady looked at me with an expression that showed a mix of amusement, and then said, “You remind me a lot of my daughter.” I was relieved, but suddenly the look on her eyes twisted into a grimace of disgust, resignation, and proceeded to add, “I bet you just cussed at me in your language. I just hope I’ll be dead by the time your generation comes to power.”

I was so astonished by her words, that I didn’t even have the time to process an appropriate response, so my brain went blank, and I just asked, “Are you in line or not?” The lady looked at me, scoffed, and turned around, walking away from the cafe.

I was frozen in my place, still shocked, while the scene kept repeating in my mind like a broken record, until the lady at the counter asked me what my order was with an unamused look.

I proceeded to order, and to walk to my gate, ready to continue my adventure, even though I was a little bit traumatized.

Sofia Cozzi is a senior and foreign exchange student at UHS in Mrs. Pfingsten’s English class. She is the daughter of Alvaro Cozzi and Cristina Torretta. Her host parents are Johnathon and Christina Smith.